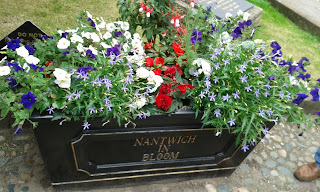 We had a few days away last week to refresh.
We decided to stay at Nantwich which for those that are not familiar is in Cheshire in the north part of England
We first visited there about 4 years ago but it was a bit of a flying visit then so we decided to return and explore a bit more this time.

We stayed at this hotel which was re built in 1585!

Nantwich was a very important town in Tudor times.  It was used mainly because it was half way between the North of England and Scotland and also Wales.
As such Elizabeth I knew the town had to be restored at the earliest opportunity and one of the first building restored is what is The Crown where we stayed.  The original Inn was called The Crown and
Sceptre
I am pleased to report that despite it's age there wasn't,t any spooky goings on!
As with so many of the buildings of the Tudor era this building and those close by look wonky
and like they would fall down at any time .
The Crown was re built by using "the Queen's wood" which meant Elizabeth sent trees from her own forests to contribute to the re building . 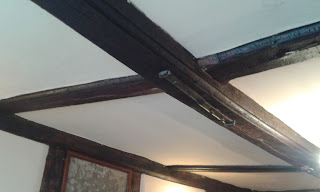 Some ceiling beams, they were huge ! 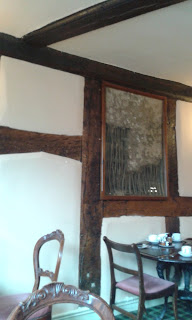 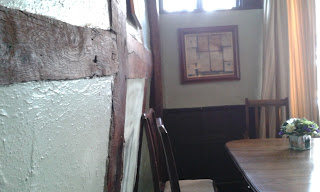 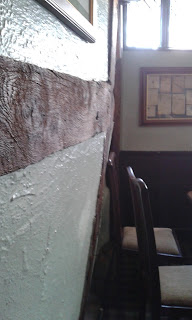 I stood along side this wall and this pictures  still does not show just how bowed out this wall
was, but as hubby said it,s been here hundreds of year and probably will be here in
another  hundred years!