and little Mr Mouse did!!!! He was in the trap and although camera was poised , he was an Olympic mouse!!!! He made one attempt to leap out of the crate I put the trap in to transport him , failed , a second later tried again and it must off been 15 times higher than he I kid you not !! And bingo he  was free......
this is one of my favourite lanes where we live and this is his new home...(3 miles from home so let hope he isn't a super duper sprinter too and has a hopeless sense of direction') looks like he is going to have a lot of neighbours !! I have let the traps out, just in case he did have mates!!! But this morning I am happy to report they have not been sprung. 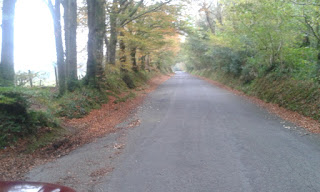 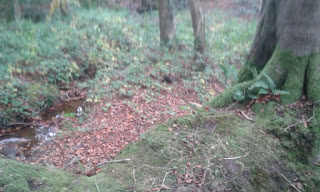 Mouse holes everywhere!!
So he should be at home.

Thanks for all the recent comments, I so enjoy reading all  the comments.  I seem to have been a bit slow on my blog reading and commenting , but I hope to really catch up soon.  I also need to do some. Blog Housekeeping a few buttons to add...my this is a busy swap time,of year.

Well life here is never dull...I seem to always have a little adventure on the go one way or another!!!!
On the way to release mouse I had a pheasant on one of the lanes , he was walking down the middle
of the lane ,  and the lanes up to the main road except the one where I released him are single track.

He was strutting his stuff, , beautiful colours  so I admired him for a few seconds , then started
hooting  the horn ,  speeding up to him, windscreen wipers spraying screen wash !!  no he wasn't
going to budge . Then his hen joined him, obviously wanted to join in the fun .In the end much to my
daughter's delight I , in absolutely pouring rain had to chase them into the hedge. I must of looked
such a funny sight as when I got back in the car soaking wet, Little Miss was laughing so much her
eyes were full of tears , she was laughing so much she couldn"t speak!!!! I'm glad someone found it funny!!!  At the weekend the same thing happened when we were out 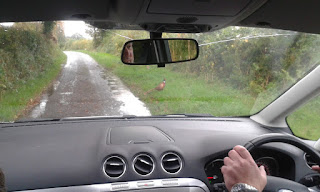 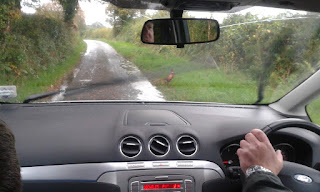 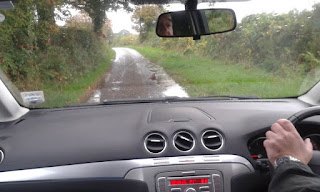 that time they didn't want to play
And did move


Well we had a morning together in Cardigan my sweet girl and I .   After  breakfast in our favourite coffee shop ,  we again in pouring rain , wandered about and did some shopping for some of the swaps, a couple of birthdays and some bits Little Miss fancied for her projects.  She also spotted this in a charity shop window and squealed "can I have it
mummy? It's Mr Mouse and his wife!!( under my breath I muttered something like "I hope not ", you
get my drift ha ha ha, it wasn't that polite!!!)  ! I hope Mr Mouse wasn't Mrs Mouse and has left her
offspring.  behind !!! Anyway I gave her the money and waited , watching , as she went in the shop,
asked and showed the assistant what she would like, waited, paid, put it carefully in her bag and
returned with the receipt and change.  It is so easy to preempt kids with special needs, do everything for them, and it is hard but I am standing back more and more ...setting her( especially) "free",  letting her just be her own person, make her own choices etc..do things herself , for herself, it is hard probably for both of us , but we are getting there. 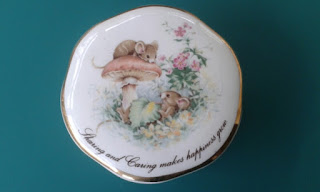 Can you believe the coincidence?
I must admit I did laugh
the caption on it reads
"Caring and sharing, making happiness grow"
How apt to find it
today of all days...
It now has a little place in sweetheart's room
she loves it!
I wonder if in years to come she will
remember "mr mouse"
And the pheasant...I hope so.


Today is a stay at home day...we have lots planned, pumpkin carving, Halloween decorating (a bit)
and some Little Miss crafting.

When I got home yesterday two magazines had arrived...I have the 2012 version, haven't seen a 2013 version, was there one? Don't know...and now have the 2014 and 2015 copies.  I can sit for hours reading these .  Loads of charts and ideas for finishing projects. 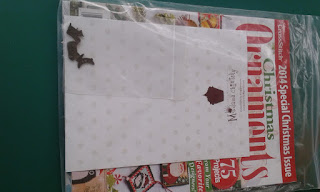 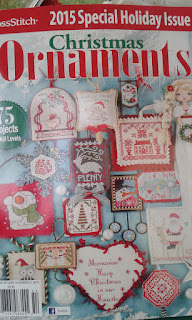 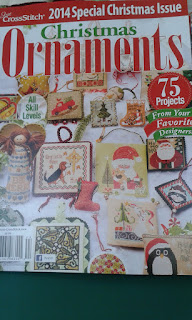 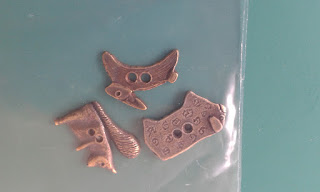 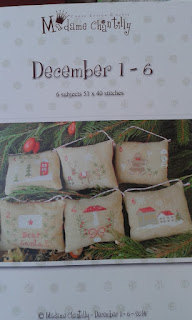 I also got 3 new buttons (probably for Spring projects ) for when I am bored with Christmas sewing
And a pattern from Madame Chantilly, well a set of 6 patterns to be precise.  I have never sewn her charts before, they are little and I mean little and may be do able in a evening easily (says she the woman constantly with works in progress!!!!)

I did more sewing on the panel again and this is what I call "lovely, happy sewing" I know I am
smiling away as I stitch.  This is the focus of my attention I think  for now.

Well fingers crossed , a couple of mice and pheasant free days, is it only Wednesday???? The clocks are all right now, DH has to do the car though...not messing about with that with my track record this week!!!


Oh before I forget TRACY , has a Christmas cracker swap ...have a look.. More fun
hhttp://madaboutbagsuk.blogspot.co.uk/


See you all again soon. Xxxx