Hold on to your hats !

I gave up wearing mine (hat that is) and "Henry" hasn't even surfaced yet but oh !

We ventured down to Llangrannog and saw nature in all her rawness and beauty and the noise of crashing waves...fantastic,even magical if you like that sort of thing which I do. 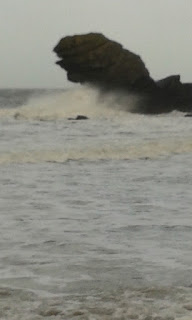 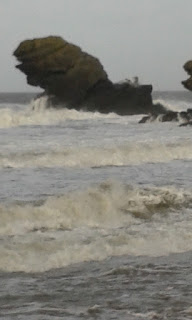 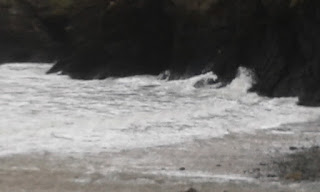 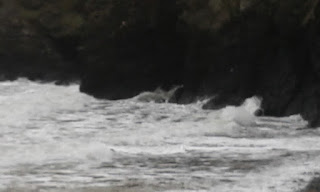 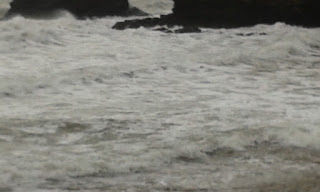 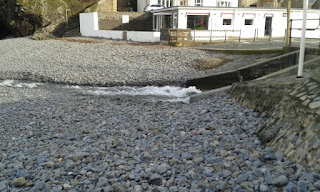 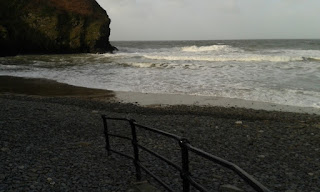 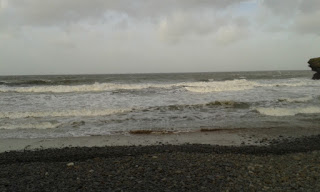 As you know my little man calls that rock "Godzilla" and by goodness it was being hammered by all the sea could throw at it, obviously the tide was in but we have often walked over the other side of that rock, well days like today made that last walk seem a long time ago.

We sat on a bench in a shelter whilst pupster ran and woofed at the waves and it was simply , yes I know I said it before....beautiful...... The sky was light grey and it seemed very dark... I haven't seen a blue sky for ages.   We only saw two other people like us venturing out for a bit of fresh air.  The air was definitely fresh.


We stayed about 40 mins just watching, we didn't even grab a coffee, a bit chilled we decided to get pupster home to dry him properly (yes even if it was freezing he took a dip) . Five minutes later we were home , Dextie dried , fire on and oh so cosy again. I needed that break and we decided we should try to make more of an effort to go to this beach more often in the winter as it is so peaceful and in a chilly, wet sort of windy way recharges you.


Last night this was tea...DH makes the batter ...I did the rest..good old comfort food. 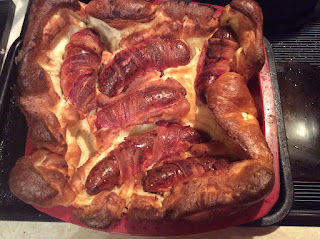 Toad in the hole, sausages wrapped
in dry cured bacon 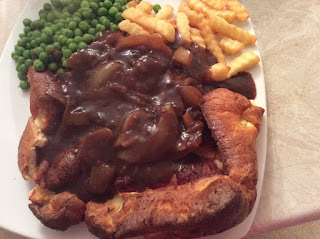 and lashings of onion gravy

This is "Daddy size portions"

Keep warm and safe
I hope Henry behaves himself.
Well as much as a storm can!